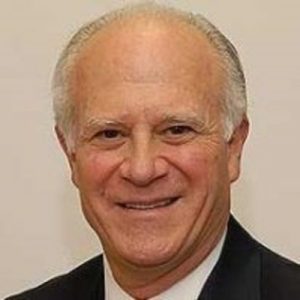 A routine colonoscopy led to an unexpected diagnosis – and a life-saving surgery – for a Fresno, California man and his physician.

In November 2020, Dr. John Garry of Central California Endoscopy Center reviewed the findings from a colonoscopy performed on Tony Capozzi, an attorney in the Fresno area. The scope, Dr. Garry said, uncovered benign polyps, but it was markers of something much less common that caught the long-time colon and rectal surgeon’s attention.

Capozzi was diagnosed with having an arteriovenous malformation (AMV) in his lower abdomen. An abnormal tangle of blood vessels connecting the arteries and veins, AMV disrupts normal blood flow and oxygen circulation.

Surprised by his “highly unusual” findings, Dr. Garry referred the case to his colleagues at Stanford Health Care, who also expressed shock over the diagnosis. It was decided that Capozzi continue his care locally with Dr. Garry and a team at Community Regional Medical Center, where Dr. Garry performed a nine-hour surgery to remove the mass of vessels.

“As soon as we opened the abdomen, we had an encounter of this massive abnormal appearing mesentery and tissue that just filled our entire incision,” Dr. Garry said.

The surgery was a success, as Capozzi spent 11 days recovering in the hospital before returning home and to his legal work defending clients in the Fresno area.

Speaking to KSEE, Fresno’s NBC affiliate, Capozzi said the trust he put in Dr. Garry and his team was rewarded with a new lease on life.

“As the days went on, (Dr. Garry) said, ‘It’s working. It’s just going to take time.’ And it did. I said, ‘I put my trust in you,’ and as the days went on, it got better and better, and the tubes started coming out, and I felt 100-percent better,” Capozzi said.