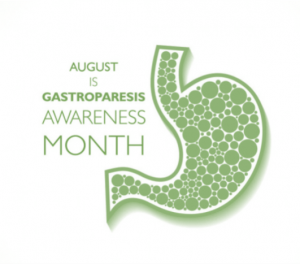 Gastroparesis describes an immotile stomach. It is among the most serious and complicated gastric motility problems as it interferes with the normal involuntary movement of the stomach muscles. Under normal conditions, forceful muscular contractions in the stomach move food along the gastrointestinal (GI) system. If gastroparesis develops, however, the stomach’s ability to process food decreases significantly or may stop completely. Such a condition can prevent the stomach contents from emptying properly and may lead to a number of other health conditions.

Metropolitan Gastroenterology Associates is a premier source of specialized gastroparesis care. Since August is Gastroparesis Awareness Month, our team seeks to educate patients about this concerning GI disorder. To learn more about gastroparesis from a board-certified gastroenterologist in New Orleans, LA, please contact us today.

What are the signs and symptoms of gastroparesis?

About one out of 25 Americans, including young children, suffers from gastroparesis. The GI condition is more prevalent in females versus males, and it’s more common among patients who have had diabetes for some time. Patients who have gastroparesis might experience signs and symptoms, like:

A number of patients who have gastroparesis do not experience any noticeable indications. In some cases, the condition appears fleetingly and subsides by itself or is diminished with professional care. Some cases may be less responsive to treatment.

What factors lead to gastroparesis?

The cause the gastroparesis isn’t always clear. However, physicians have pinpointed a number of factors that can contribute to the condition, including:

Health issues associated with gastroparesis are:

How is gastroparesis detected?

A gastroenterologist specializes in digestive diseases, such as gastroparesis. After reviewing a person’s symptoms and health history, a GI doctor will carry out a physical exam and likely recommend lab work to evaluate blood sugar levels and other factors. Additional procedures conducted to diagnose gastroparesis may include:

How do GI doctors treat gastroparesis?

Gastroparesis is a long-term health illness. While treatment generally doesn’t resolve the disorder, gastroparesis can be controlled and managed with medical care. Individuals living with diabetes are advised to actively monitor and manage their blood glucose amounts to curtail any issues with gastroparesis. Some patients could find gastroparesis treatment success with medications, such as:

Certain people may benefit from surgical procedures to treat gastroparesis, including:

Other ways to treat gastroparesis include:

Can a certain diet help with gastroparesis?

According to the American College of Gastroenterology, a proper diet is a cornerstone of gastroparesis treatment and serves as a natural treatment approach. Doctors might also prescribe medication and perform other medical procedures to manage symptoms of gastroparesis. However, these interventions work more effectively if a certain diet is followed. A gastroparesis diet focuses on limiting the consumption of foods that are challenging to digest, such as fatty and high-fiber foods. This can facilitate digestion and lessen the risk of problems from gastroparesis.

In the event you are having gastroparesis signs or symptoms, or troubles related to a gastroparesis diagnosis, we encourage you to visit a New Orleans, LA gastrointestinal doctor near you immediately. Please call Metropolitan Gastroenterology Associates today to reserve a consultation.